strator2022-04-01T21:36:46-04:00
Sour beers have become a significant part of the craft beer community. The style has passionate fans, entire breweries dedicated to their creation, and now even have their own sub-style in the 2021 BJCP Guidelines (Style 28D. Straight Sour Beer). But for many homebrewers, the usual process of souring beer can be intimidating, maybe even a little frightening given its “infectious” nature.
For brewers hesitant to enter the world of sours, Lallemand and the University of Sciences have come to the rescue! 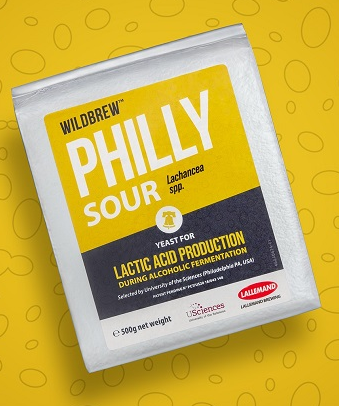 Summer of 2020, Lallemand introduced a new product in their “Wildbrew” line. The product is called “Philly Sour,” a new yeast. But not your typical yeast. As the name suggests, “Philly Sour” is a lactic acid-producing yeast. It does both tasks typically associated with creating a sour beer – it both sours and ferments on its own with no need for a second souring process or introduction of any bacteria.
This unique yeast strain was discovered, isolated, and cultivated by the University of Sciences in Philadelphia, PA. As part of Dr. Matthew Farber’s Brewing Sciences Certificate program, students set out on a “yeast hunt,” collecting and studying wild yeast strains from the surrounding areas. On one “hunt” in the Woodland Cemetery park area across from the university, strain GY7-b was collected from the bark of a dogwood tree. It turns out this strain was the proverbial “needle in a haystack” of yeast strain discoveries.
After many tests and analysis, this strain of yeast was found to create lactic acid during its first phase of fermentation and then produce ethanol as expected from all brewing yeasts. The lactic is produced during the first 4 to 5 days of primary fermentation, and the total fermentation time typically lasts 10 days. It ferments within an ale strain temperature range working well between 68 and 77 degrees Fahrenheit. And in case you somehow missed it earlier in this article, this single yeast is all you need to create sour beer – no need for bacteria, no lactic acid additions – one yeast, one fermentation, one unique outcome.
Philly Sour is a great choice for classic sour styles like Saisons, Fruited Sours, Gose, and Berliner Weisse. It’s also an excellent choice for just about style or experimental brew you want to try to sour. With it being a yeast used in a 1 step souring and fermenting process, there is virtually no limit to the creativity that can be applied using this yeast—looking for an example? Our very own club Secretary Matt Hunsworth has recently tested it, making a Grape Juice flavored sour. You can see the entire process and results online here: 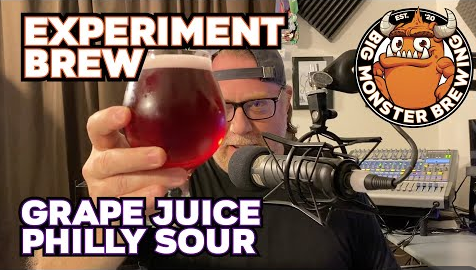 Interested in trying Philly Sour but now sure where to start? Here’s a simple recipe that creates a clean, simple sour beer that also makes a nice base to add juices, syrups, etc. to experiment with and brainstorm some ideas:

5 lb Pilsner Malt
4 lb White Wheat Malt
8 oz Rice Hulls
Mash at 150 degree F for 60 mins
Boil for 60 mins.
Add .5 oz of Tettnang Hop pellets at the last 10 mins of the boil
Chill the wort to 68 degree F
Pitch two 11g packets of Lellemand Philly Sour yeast (re-hydrated suggested).
Philly Sour is available from our longtime sponsor Hearts Homebrew. You can pick some up in the store at 6190 Edgewater Dr, Orlando, FL, or order it online here.
Eager to learn more about Philly Sour? Check out these great presentations from Lellemand with Dr Matthew Farber: 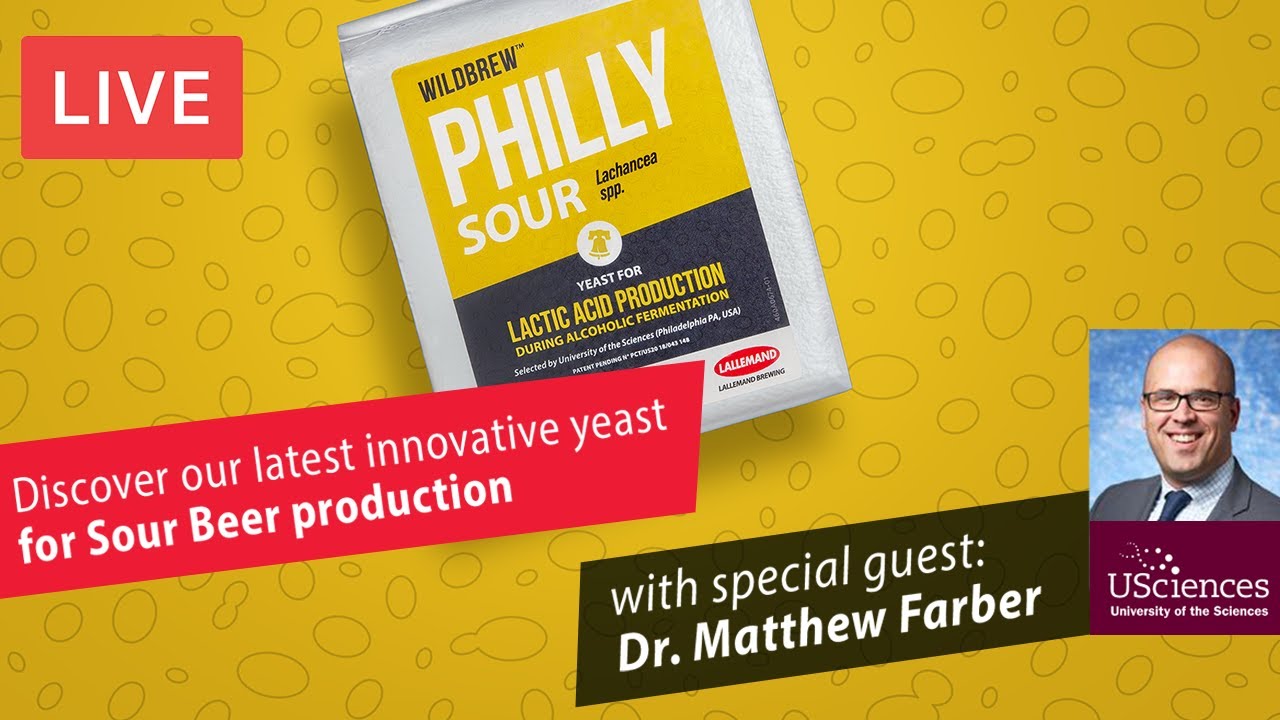 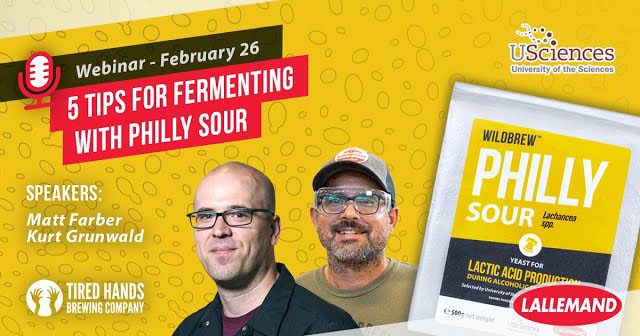